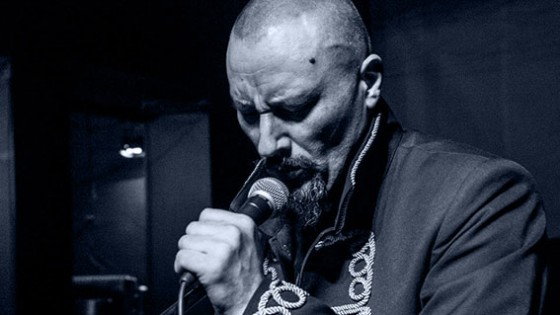 Born in 1967. Zurab Rtveliashvili belongs to the generation of post-soviet artists that have radically changed the vector of Georgian literature. In his poetry, he introduced a new vision with both linguistic and conceptual experiments.

His experiments go beyond text. He happens to be one of the pioneers of sound-poetry and poetic live-performance in Georgia, and is also one of the very few artists from the 90s that have stayed loyal to the roots and principles of the avant-garde. Both in his articles and in his poetic work, he keeps highlighting the importance of creating a new strategy for preserving these ideals and transitioning them into contemporary art-reality. His poems have been published in various foreign anthologies.

Through the first decade of the 21st century, Rtveliashvili and his fellow poets pioneered and championed Polyphonic Poetry and Revolutionary Street Theatre. Different discourses need to be heard and different pictures need to be seen. The poet spent a major part of his life in the conditions of subaltern, living in a very difficult situation. But this really empowered his creative work, since he was able to better grasp the poetry of the underclass and the language of difference.

He is the winner of the 2012 International Creative Symposium Voloshin's September.