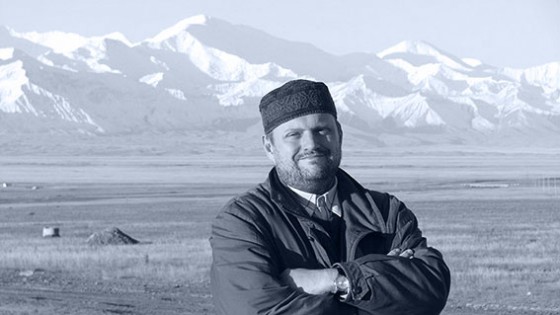 Journalist, reporter and historian Wojciech Górecki works as an analyst specializing in North and South Caucasus.His work has appeared in a number of magazines, including Razem, Gazeta Wyborcza, Wprost, Rzeczpospolité or Tygodnik Powszechny. In 2002–2007, Górecki served as the first secretary and, later, consultant at the Embassy of the Republic of Poland in Baku; he was also part of an EU expert commission investigating the circumstances of the 2008 war in Georgia. In 2014–2015, he was a board member of the InternationalSolidarity Foundation, today he works for the Centre for Eastern Studies. In 2011, Górecki was nominated for the Nike award and became one of the finalists of the Ryszard Kapuściński prize; in 2013, he received the Beata Pawlak Award. Górecki
has written a number of books and analytical publications, including Planeta Kaukaz [Planet Caucasus], Toast za przodków [A Toast to the Ancestors], Abchazja [Abkhazia]) and the screenplay for the documentary film Boskość J. W. Stalina w świetle najnowszych badań [The Divinity of J. V. Stalin in the Light of Recent Research], which explores the identity of post-Soviet Georgia. The second print run of Abchazja was published in 2017. ‘Wojciech Górecki’sfascinating Caucasian triptych ends with Abchazja, the mostdistinctive of them all,’ writes Marcin Meller. ‘The bookis an excellent blend of thoughtful socio-historical analyses and light-hearted storytelling, supported by a talent for observation and the inquiring mind of an excellent reporter —that much, however, could be said of his previous two books as well. Abchazja is both a tale of adventure and a paeanto a particular type of traditional journalism, the one that needs to see everything with its own eyes. Especially in the Caucasus region