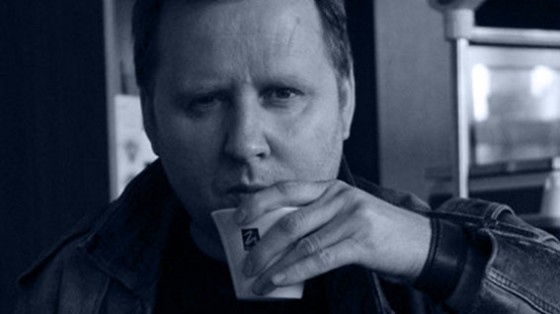 Vladimír Balla was born in 1967 in Nové Zámky. He studied at the University of Economics in Bratislava and today works for the regional council of his birth city. He is the author of several short story collections, e.g. Leptokaria [Leptokarya] (1996), Gravidita [Gravidity] (2000), V mene otca [In the Name of the Father] (2011), Oko [The Eye] (2012) or Veľká láska [The Great Love] (2015). His work has also appeared in 14 ostrých [The Sharp Fourteen], a collection of contemporary Slovak prose published in 2005; in addition, some of his short stories were also published in Czech in the collection Naživu [Alive] (2008). ‘We hope the writer will not take offence when we call him the Slovak Kafka,’ says the text on the cover. ‘[…] The world of his bizarre short stories is inhabited by cruel, hateful people, all suffering from one basic and unchanging state of mind: loneliness.’