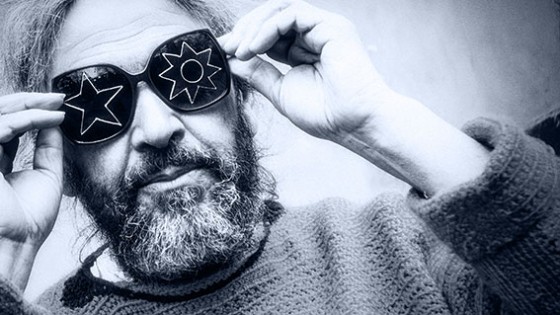 Oldřich Janota: Could You Fly?

Born in Plzeň in 1949, Oldřich Janota holds a degree from the Faculty of Journalism at Charles University in Prague. Throughout his life, he has worked as a boiler operator, a newsboy, a night watchman, and a water pumper; today, he is a guitar player, singer, lyricist and composer. In 2016, he published his collected songs on eight CDs under the title Ultimate Nothing. Aside from his music, he has also written four books: a collection of lyrics Ty texty [Those Texts] (1991), a collection of feuilletons Neslyšící děti [Deaf Children] (2008), a collection of stories, essays and comic strips S-rové dřvo šptně HŘÍ [Rw-Wood Dsn’t Brn WELL] (2014) and another collection of lyrics, Kytaru s palmou [A Guitar With a Palm] (2015). ‘I think I’ve always been interested in the idea of jumping into the abyss,’ he said once. ‘Just to see if you could fly.’