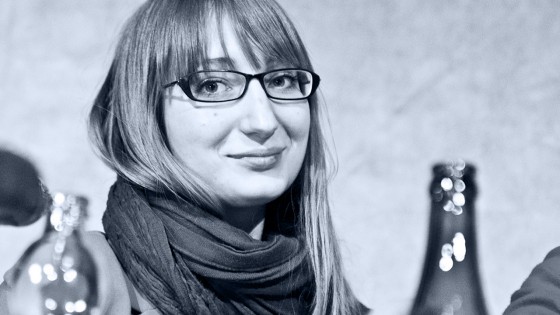 Malgorzata Rejmer: A Writer Who Loves Stories with Character

Reporter and novelist Malgorzata Rejmer has also authored several atypical collections of curses and proverbs. She is most-know for her novel Toksymia [Toximy], wich recounts the fate of several women living in Praga-Poludnie, a Warsaw neighbourhood, and for Dust and Blood, her critically acclaimed report from Bucharest. In her work, Rejmer is fascinated by a grotesque mixure of humor, ugliness and morbidity, which she approaches as a unique form of beauty. She embraces absurdity, both imagined (the Fun Funeral Parlour) and real (pregnancy tests using frogs). The stories Rejmer tells, inspired by what she seesaround her  anehears on the tram, are far from simple - on the contrary, they are quite often seriuos,complicated and more than a littleheart-wrenching.