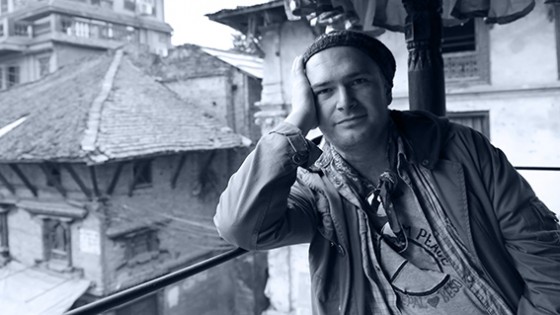 Beso Khvedelidze: The Georgian of Kathmandu

Born in 1972, he is one of the most productive and most published authors in Georgia. In 1996, he graduated from the Faculty of Journalism at Tbilisi State University. His first short stories appeared in literary journals in 2000 and since then, he has published over ten books, including novels, short story collections and poems. Khvedelidze’s short stories have been translated into ten languages. A collection his short stories, Der Geschmack von Asche, was published in Germany by Leipziger Literaturverlag. He has received several literary awards, including the Saba literary award (twice), the Literature Bridges Prize at the International Festival (Baku, 2010) and the prize for the best short story at the October Award (Moscow, 2009). The author lives partly in Tbilisi and partly in Kathmandu, and one of his most recent books, Namaste, is about his Eastern experience and the discovery of Buddhism.